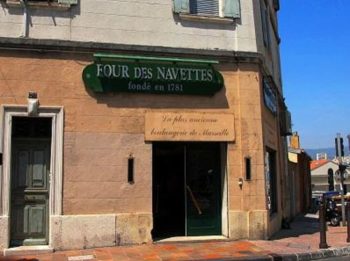 On Candlemas Day, February 2, when all of France is about to overdose on pancakes, in Marseille, tradition has it that after the first mass at the Abbaye Saint Victor, the city’s archbishop, Monseigneur Pontier, blesses the famous “navette”. From dawn, it is the crowd in the bakery of the «Four des Navettes». The faithful want to be the first to buy the orange blossom cakes, whose recipe has remained unchanged since the 18th century.
It is customary to bring home not only a lit candle, but also a «navette».

The history of the «Four des navettes» (136 Rue Sainte – Marseille 7°) : The oldest bakery in Marseille, located on the sacred road leading to the Abbey Saint Victor, it belongs to the Master Baker Jean-Claude Imbert and his son Nicolas. For more than 200 years, the secret of the recipe has been jealously guarded and the three owners of the Four des Navettes since its creation (in 1781) have passed on the exclusive know-how to each other. The vaulted oven, built at the end of the 18th century, is still in operation today and allows the incomparable quality of the “navette” to be obtained. It is exclusively dedicated to them and an element of the cultural heritage. 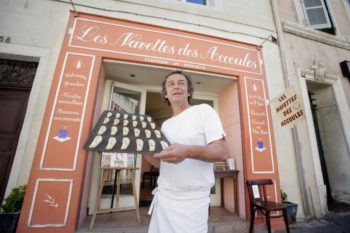 But, the “navettes” are not only in Saint-Victor. On the other side of the Vieux-Port, at the Panier, the regulars of the neighborhood also have their preference: the “Navettes des Accoules” of the artisan chef José Orsoni. They are just as delicious and are attracting more and more tourists passing through the historic district of Marseille, a short distance from the Vieux-Port. 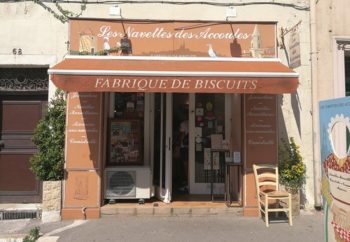 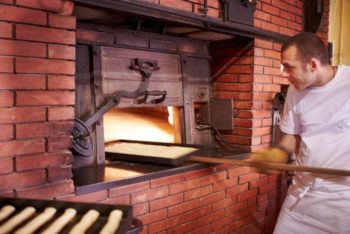 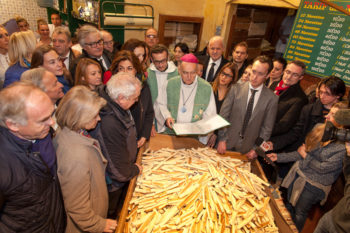 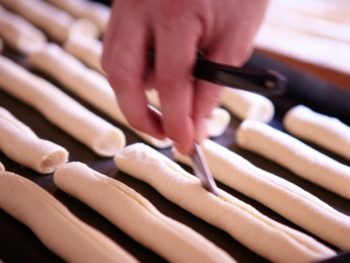 The 3 legends of the “navettes”
This legendary cookie has been the fantasy of the Provençal people for centuries. But where does its shape come from?
– The first say that its origin is associated with the Candlemas festivities celebrated in the Saint-Victor abbey. Towards the end of the 13th century, a wooden statue of the Virgin would have washed up on the banks of the Vieux-Port. She was wearing a golden crown and a green robe. The people of Marseille saw this as a sign of protection by a Virgin Protectress of Sea People. But well, this legend does not explain the link between this event and the shape of the “navette”.
– The latter often explain that the shuttle symbolizes the boat that brought the Saintes Maries to the coasts of Provence. To recall this story, Mr. Aveyrous, founder of the oven in 1781, would have had the idea of giving the cookie the shape of a tray.
– Finally, the last ones who claim to have the true version, explain that the shape of the “navette” is that of a woman’s sex. And that the cookie celebrates the return of spring and thus of fecundity.

For your events in Marseille, offer your participants the “navette” in individual format. For more details, contact us.

marseille
Previous Post
How to support local business in Marseille and its region
Next Post
Marseille, Massilia, Massalia… where does your name come from?