Marseille is the oldest city in France: founded around 600 BC by Greeks from Phocaea. Its inhabitants are the Massaliotes. Today, Marseille is still called the Phocaean city. In Roman times, its name became Massilia.

Its name alone is enough to fill us with its singing accent and its sea air.

But where does this name come from?

Massalia, in Greek, or the city described in Asterix as Massilia (its Latin name) does not have a very precise etymology. Some people think that its name derives from the episode that created it: when the Phocaeans landed on the coast, they threw a fisherman on the beach a rope to tie up their ships.

From this episode was born the name of Massalia, a contraction of two Greek words: “to tie” and “fisherman”.

Others have suggested that the name of the city is actually a reference to Mas Salyorum, the place where the Salyans’ fishermen’s huts were located before the future Gallic city. But be careful with this anecdote! Augustin Fabre specifies that it would indeed be difficult, even risky, to derive the ending of Massalia with a name like Salyens which is written in Greek Salues.

It was therefore thought that the root should come from the word als “the sea”, a term that was also used to designate “maritime dwellings” or “sea ports”, according to the « Bulletin universel des sciences et de l’industrie de Marseille ». But what about its “r”? If some have imagined that it came from a connection with the name of Marcellus, one of its Roman governors, the mystery remains. 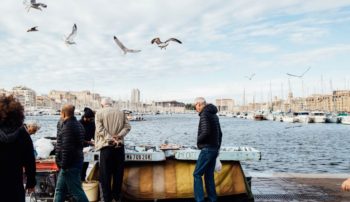 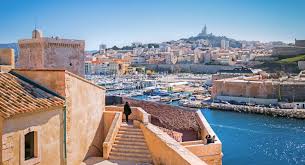 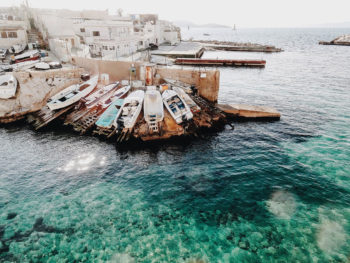 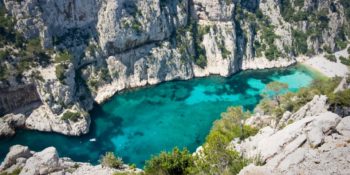 But how do people abroad pronounce this name?

First of all, there are the countries that have simply kept Marseille (sometimes with nuances of pronunciation).

This is the case in Germany, even if for a long time Marseille was called Massilien. Anglo-Saxon countries do the same, but in North America, they regularly add a final “s”: Marseilles.

In the Latin-speaking countries, the names are different, although they are quite similar. Thus in Italian, the city of Marseille is called Marsiglia, in Spanish or Catalan Marsella, in Portuguese Marselha, in Romanian Marsilia.

Beyond, the spellings are often adapted to the local alphabet. And in our French regions, it will be Marseilla in Basque, Marsilha in Breton or Marseglia in Corsica.