2 years ago
divadmin
You are here!

The Michelin guide also called “red guide” is the most famous gastronomic guide. It lists today all the starred establishments. The Bib Gourmand, on the other hand, is the Michelin guide of the  “Bonnes petites tables” and lists all the quality establishments offering a complete menu (starter, main course and dessert) for a maximum of 33 euros in the provinces and 37 euros in Paris.

The Michelin 2021, recently unveiled during a ceremony broadcast on the Internet from the Eiffel Tower in Paris, lists 638 starred restaurants, including 57 new ones. This is a smaller number than in 2020, when 63 restaurants joined the constellation of starred restaurants in France, bringing the total to 628.

If you don’t know them yet, here is a small tour of the starred restaurants in the city of Marseille.

AM by Alexandre Mazzia, the brand new 3 star restaurant.

Longtime chef of the Ventre de l’Architecte in Le Corbusier, he opened his own restaurant in spring 2014. With a small capacity and a modern, sought-after decor, he offers inventive, aesthetic cuisine, full of daring. In his hands everything explodes, everything questions, everything goes beyond the gastronomic framework as we know it, but, more importantly, everything makes sense! All of this is all the more remarkable because the chef, despite the attention he receives, traces his path with calm and assurance.

Le Petit Nice Passedat is the only Relais et Châteaux in the city, with a three-star gourmet restaurant.

No one could be more in love with Marseille than the Passedat family. Fish are of course at the heart of their cuisine, fish caught here, sometimes forgotten fish that follow with shellfish and give you that delicious feeling of immersion in the Big Blue. Save some room for the desserts, which the chef himself admits are «extravagant».

Signature is the restaurant of Coline Faulquier who became known to the general public thanks to the Top Chef show.

In 2017, the famous Gault & Millau guide awarded her the title of Young Talent. In 2019, she launches her own adventure with the opening of the restaurant and in 2021 she obtains her first star!

L’Epuisette, nestled at the end of the small port of Vallon des Auffes, offers a breathtaking panorama, overlooking the sea with the Frioul islands on the horizon. In the bright living room, lulled by this blue, time pauses.

The cuisine is in perfect harmony with this place dedicated to Provence and the Mediterranean: quality and freshness are the priorities of its talented chef who will make your meal a special moment. Specialties: cod aïoli, bouillabaisse, bourride, shellfish cappuccino, red mullet with candied eggplant, cannelloni of langoustines with pistou. 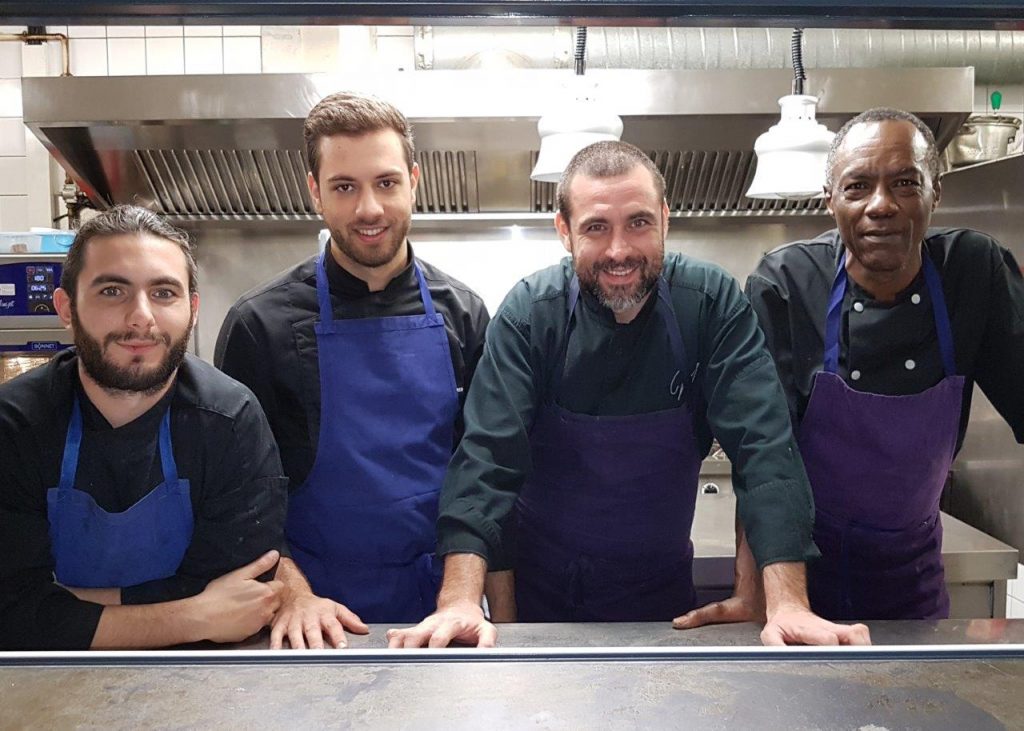 Season : Located in the heart of the city in the Castellane district, this contemporary establishment benefits from the enthusiasm of a duo of professionals, natives of the city of Marseille: the chef Julien Diaz and the sommelier Guillaume Bonneaud.

They offer a creative cuisine with a certain bias: to work only with the best products!

Alcyone, the gastronomic restaurant of chef Lionel Levy at the Intercontinental Hôtel Dieu, is a unique encounter with Marseille’s cuisine, between refinement and authentic taste, to discover combinations of textures drawn directly from the heart of the Mediterranean.

Each of the culinary creations tells a story directly inspired by the Mediterranean Sea, made exceptional by the quality of the products, fresh and regional, and by the absolute mastery of the chef and his team.

On simple request and according to their availability, you have the possibility of reserving the totality of these restaurants so that your event is private and unforgettable.

Do not hesitate to contact us if you need help.

While waiting for the reopening of the restaurants, the Michelin guide unveils its selection of take-away or delivery offers in Marseille.

marseille, restaurant
Previous Post
The new brasserie of the Palais de la Bourse
Next Post
Come on, entrust us with your emailing campaigns!